If you’ve been injured in an auto accident and wish to press charges, a police report is one of the most valuable documents you can have for yourself, your insurance company, and your attorney. 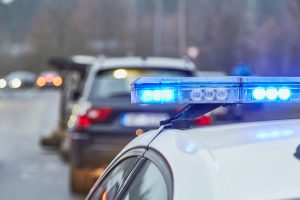 Police accident reports are also helpful in carrying out settlement negotiations between insurance carriers and as evidence in small claims courts.

Insurance carriers may try to deny your claim, so if you’ve been injured in a car accident, contact an experienced lawyer at Get Car Accident Money today. We’ll negotiate your case and fight to get you the compensation you deserve.

What’s included in a police report?

As well as general facts and information about the crash, police reports contain the opinions of the investigating officer about who or what caused the accident. All of this information helps establish your personal injury claim. Car crash reports include:

How do I get a police report?

There are two ways to get a police report for a car accident: through the police department or your insurance company.

How can a car accident police report can help?

Other than providing important details of the crash, police reports can be valuable tools in settlement negotiations. As representatives of the company, insurance adjusters value police reports highly. Your lawyer can leverage the report to convince the adjuster that the other driver was at fault, therefore giving you a larger settlement.

A police report could also help your car accident attorney find helpful evidence for your case. Attorneys conduct their own investigations, so a car crash report could help them find other witnesses, more information, and other potentially liable parties.

Although car accident police reports are invaluable resources, they have their legal limits. By definition, police reports are hearsay. Hearsay refers to an out-of-court statement made by someone other than the witness used to prove the truth of an argument – someone without direct knowledge of what happened. Statements that are ruled as hearsay are not permissible in court, mainly because they are considered to be unreliable pieces of information.

The claims process is a confusing and daunting one; it is in your best interest to hire an experienced car accident lawyer to help with insurance and legal matters involving your claim. Contact Get Car Accident Money today for a free case consultation.

The scene of a car crash can be chaotic. People may be injured, vehicles damaged, and traffic backed up for hours. If you were injured in a car crash, there will be plenty to think about. However, you can make the litigation process much easier if you obtain a copy of the police report.

If you were injured in a vehicle collision, call the police. Then call an experienced car accident attorney at Get Car Accident Money. We’ll fight for the compensation you need after being injured in an auto accident. Contact us today.